Today, we've released a new beta of Smash Battle. Among the updates are stereo sound, redone input code, some new levels, characters and an airstrike powerup! We've also made a video of Jeroen and I playing a duel.

The windows installer and zip or the source can be obtained from the download section of our development blog. 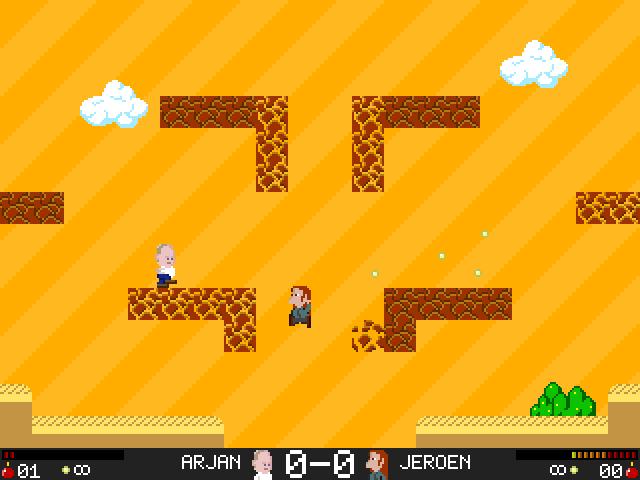 About two weeks ago, I wrote an article on how the player input is handled in Smash Battle. It basically tells what the GameInput class does and how to use it. It might be useful if you're working on a C++/SDL project, or just to get an insight in how Smash Battle handles its input.

EDIT: Smash Battle has also been featured on two sites, the Linux Game Tome and Pixel Prospector, which is a site that collects quality freeware games. We're honored! :)

After the last release, last july, we haven't been sitting still. We've been finished the following updates for smash battle:

I've also created a very basic level editor, but it's still really buggy, so I might release it later on.

Jeroen has started to set up this weblog for Smash Battle, where we will post more updates about the development of the game, as soon as the weblog is setup and working.

The old version from july is available to download at our project page on sourceforge. For the new version... you'll just have to wait until we've finished creating the single player!

A new website, made by me and my colleague. The approach was to make an interactive and graphic website with a lot of fancy stuff going on, as if it was a flash site, without flash. This was our first big website which depended heavily on the javascript library jQuery.

Since last version, from last year, we've been working on a lot of updates which include the following: 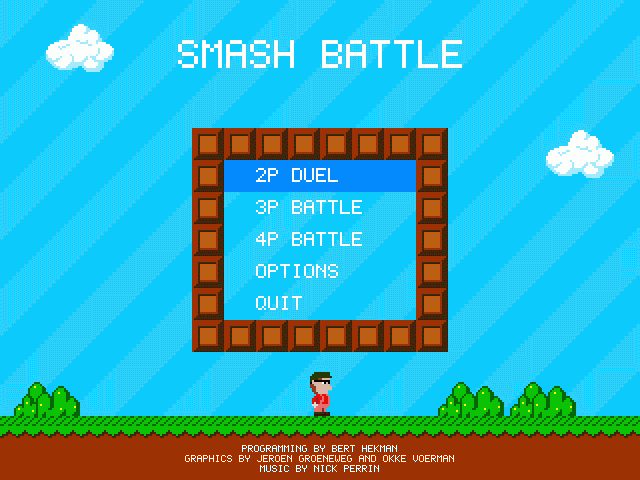 The next thing we will be working on is a single player, which include some missions. This is still in planning phase, but we've got some really nice ideas about what we are going to do with it.