After I got the chat and game output to work on my SteelSeries Arctis 5 on Ubuntu, I tried sending a patch to the PulseAudio maintainers to include it in the distribution by default.

PulseAudio maintainer Tanu Kaskinen pointed out to me that I had to use two separate (custom) output paths. Fixing this caused the outputs to be selected more easily in sound configuration dashboards. For example in the gnome sound configuration screen: 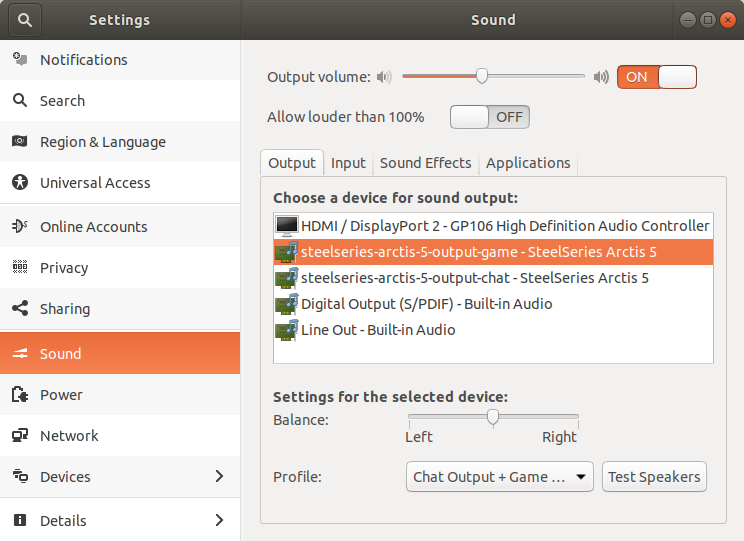 The names steelseries-arctis-5-output-* aren't pretty, but to change that, pulseaudio would need to be recompiled.

Some welcome improvements! I've immediately released an updated version of my distributed version:

Download the updated version for debian, ubuntu and linux mint: