So we went to drive to Germany, last Thursday, to visit the With Full Force festival. And we drove for 10 hours and 700 kilometers to get there.
While we were waiting in the line to get in, we fired off some really small fireworks called ice fountains, Mark bought at a gas station, underway. One of the security guys of the festival saw us do that, but didn't say or do anything. After we waited for 5 hours in that line, we reached the beginning of the line and the security men told us that we could not get in, because we were firing off the fireworks. He told us that they were forbidden in Germany.
We tried to discuss with the security men, but they were determined to kick us away. There was nothing we could do. We drove all the way for nothing. After that we immediately drove back home. We've been in that car for 24 hours and over 1400 kilometers :(.

Just bought a new camera, friday. A Sony Cybershot DSC-W35 for the festivals and parties of course. 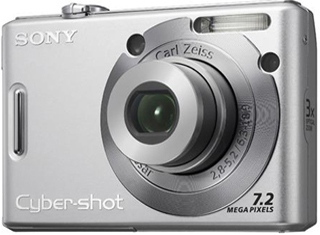 My parents now also have a weblog, which makes them fully web 2.0 ready.

Because we had nothing more to tell about our house, I decided to revert to my old weblog. And maybe, I'll be posting something here, sometimes.. When I feel like it.